Here in New Mexico, autumn is heralded not by a riotous change in the colors of tree leaves but by an abundant outcropping of roadside flowers such as purple aster and sunflowers. 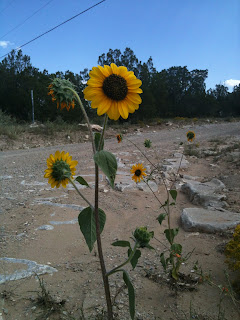 The Spanish name for a sunflower is girasol meaning "turn to the sun," based on the fact the flower's face does exactly that. And so, a sunflower symbolizes the faithful love of God as well as loyalty, adoration and optimism. Because the flower itself looks like a sun, it also represents warmth and happiness.
Posted by Sarah Shade at 8:48 AM No comments:

Today is a day of visitors. First, a few guests will be at my house then after hours and hours of dance and rehearsal, I'll be (stamina-willing) off to see an old friend. Whenever I attend a party, I try to bring, or I'm required to bring, my family's passed-down version of lemon bars. There is truly no better way to say thanks and I love you than the flaky, tangy and sweet deliciousness of lemon custard baked on top of a sugary pastry. 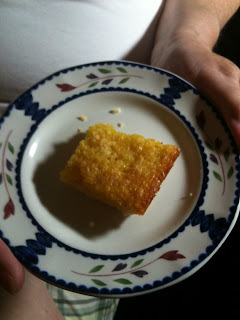 So, therefore, lemon is this weeks symbol! Lemon represents fidelity in love as well as purity, longevity and friendship. A perfect token of hospitality and appreciation!
Posted by Sarah Shade at 8:00 AM 1 comment:

This post is short and sweet as I am crazy busy creating choreography for East Mountain Dance's production of the "Nutcracker." This is the first time EMD has done a traditional, as opposed to unique, Christmas show. It is exciting but daunting. And an unbelievable amount of work. One of the pieces I am rehearsing today is the Columbine Doll from the opening party scene. My little sister danced this number, beautifully, ages ago. I love this photo of her. 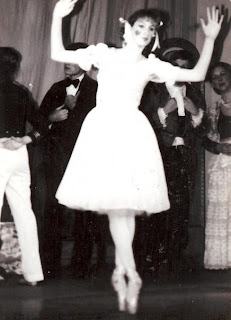 And so, this week's symbol is the doll. Dolls symbolize youth and innocence. They can also act as a surrogate for an individual, representing a person positively, like in the use of a corn doll for fertility, or negatively in Voodoo and malicious magic, to inflict pain and injury on another.
Posted by Sarah Shade at 10:03 AM No comments:

This year, I was invited to put a piece in a University of New Mexico Dance Program Alumni Concert (I graduated from UNM with a M.A. in Dance History and a M.F.A. in Choreography). The concert is a big deal and I am truly honored to be included. Given the theme of the show, I've chosen to revamp two of my older numbers. The first is a dance based on synchronized swimming performed to the song "Her Bathing Suit Never Got Wet" by The Andrew Sisters. 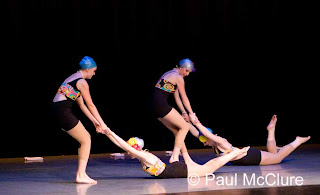 For the second number, I am hoping to reconstruct a duet of "sleepwalking" done to the Emily Browning version of "Sweet Dreams" from the "Sucker Punch" soundtrack. There are two problems, however. One, I need to turn the duet into an ensemble number in less than a months time. And two, I don't have a video recording of the first version. It is going to be a challenge. 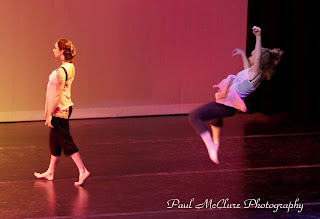 So, in honor of my first day-long rehearsal, this weeks symbol is dancing. In many cultures, dancing is a symbol of ecstasy. This is seen in the whirling dervishes of Islam, the Dionysian and Bacchic dances of antiquity, and in African masquerade. It is believed that the trance state brought on by these ritual dances allows the participate to communicate or be possessed by divine spirits. Dance can also represent the cyclical nature of the universe. The depiction of Shiva's Wheel of Flames as the Nataraja, or Lord of the Dance, symbolizes the rhythmic movement of the cosmos whereas round dances like English Morris dancing are thought to help the sun on its path through the heavens. Dance is also used as celebration and, as in the Chinese Lion dance, to ward off evil spirits.
Posted by Sarah Shade at 9:37 AM No comments: